DIGITAL INSIGHTS: OCTOBER ROUND UP 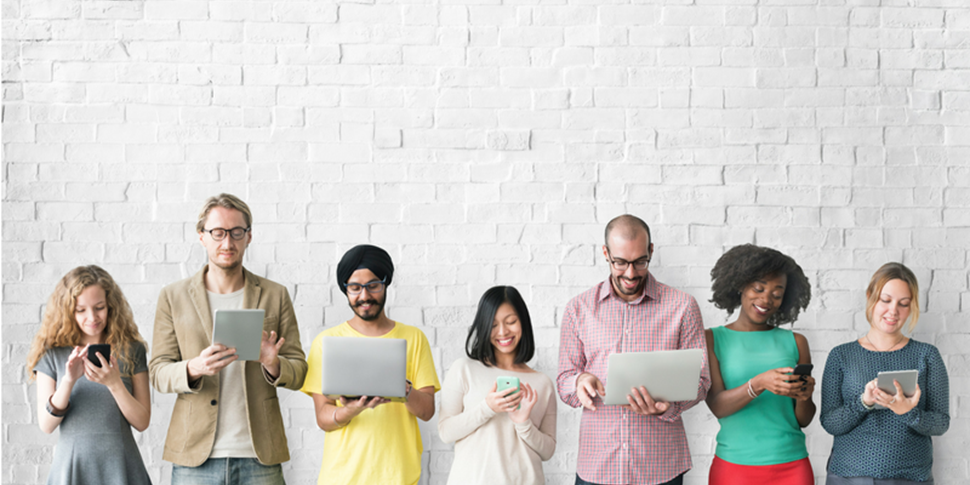 Guess Who Has Copied Snapchat Again? Find out here in our round up of the top moments that happened in Digital Marketing last month.

With October 2016, out of the way it's time for us to start Christmas shopping and prepare for the festive delights that November and December has to offer. However, October has been a pretty exciting month. From everyone sensationalising what appeared to be a global Clown hype, Kim Kardashian taking a hiatus from social media (gasp!) and our hearts being torn in two by the news that Love Production had sold our beloved 'Great British Bake Off' to Channel 4 - oh and we cannot fail to mention our Loud Mouth baby Nicole turned 21 and passed her driving test - there have been some emotional moments this October!

Without further ado, here is our round up of the top moments that happened in Digital Marketing last month.

If you're inviting a friend to dinner or asking them about the best hotels in Dublin, you're probably doing it through mobile messaging. Nearly two thirds of smartphone owners use messaging more than five times a day to communicate with others. And Google has told us that people aren't limiting their use of messaging to social communications - 65% of consumers say they'd consider using messaging to connect with a business to get information about a product or service, or to schedule an in-person appointment.

Google are introducing click-to-message ads to bring the efficiency and effectiveness of messaging to search ads. By setting up a message extension, you're providing users with an easy way to text you to start a conversation and continue it whenever it is most convenient for them.  The lines of engagement automatically open!

Tapping on the texting option launches a user's SMS app with a pre-written text message tailored to the product or service they're interested in. For example, if you're a travel advertiser and someone messages you after searching for Golf Holidays, they can send or edit your pre-written message text, 'I'm interested in a reservation. Please text me back with more information.' Read more here.

Demographically targeted advertising is not new. We've been able to target different demographic segments with relevant messaging in display formats and within advertising platforms such as Facebook for a long time.  However, this month Google AdWords has enabled advertisers to target age and gender demographics within their search campaigns - Hallelujah!

User intent begins with the user and with this in mind it is vital that users are shown products & services that are tailored to them when they are searching.  The new ability to change messaging based on demographics in search, means that we can use different ads to appeal to different audiences based on their demographics. Read more here.

Guess Who Has Copied Snapchat Again!

They say imitation is the most sincere form of flattery, and right now Snapchat must be feeling very flattered.  Remember the furore when Instagram launched 'stories', which many deemed was a near-perfect copy of snapchat?  Well, Facebook recently announced selfie filters for live video, which was conveniently rolled out just in time for Halloween.

The Live Masks, which are incredibly similar to Snapchat's lenses use augmented reality to turn into things like a skull or a pumpkin.  Facebook is calling the selfie feature 'Live Masks'

The Head of Product for Facebook Chris Cox recently announced that the company is 'very invested' in making the camera a creative tool, therefore, we are expecting more camera related updates from Facebook in the coming weeks. Read more here.

Our mobiles have become extensions of who we are, and this obsession with our smartphones has seen mobile ad spend growth hit its highest level in more than two years in the first half of 2016, leading the IAB to warn brands that there is 'œno longer a hierarchy of screens' and they should tailor content to where their audience is, rather than assuming that desktop or mobile are generally more effective.

The report, compiled by PwC, found that mobile ad budgets were up 56% to £1.7bn in the first six months of the year. This means that 36p in every pound spent on internet advertising now goes on smartphones, an increase of 4p in the last five years.

Twitter has some good news for us, #Beyond140 is finally a reality with the removal of its most frustrating rule - the dreaded character count which includes profile handles in reply mode. The removal is currently being tested with a selection of iOS users who are no longer seeing recipients' usernames so as not to discount the character limit.

This week a Twitter spokesperson confirmed that the shift is appearing for a select number of users and will eventually be rolled out for all Twitter users, although the date has not yet been confirmed. Read more here.

GOOD NEWS for digital advertising! The Advertising Association/Warc Expenditure Report has revised up its full year growth forecast for 2016 by one percentage point to 5.2% after UK spend grew by 5.1% to £10bn in the first six months.